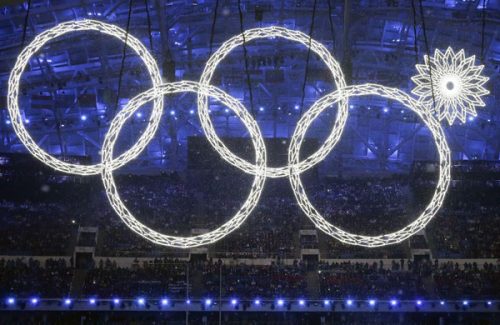 In 2014 I was invited to light the Paralympic opening and closing ceremonies in Sochi with a rig inherited from the mighty Al Gurdon who had designed the Olympic Ceremonies a few weeks earlier. 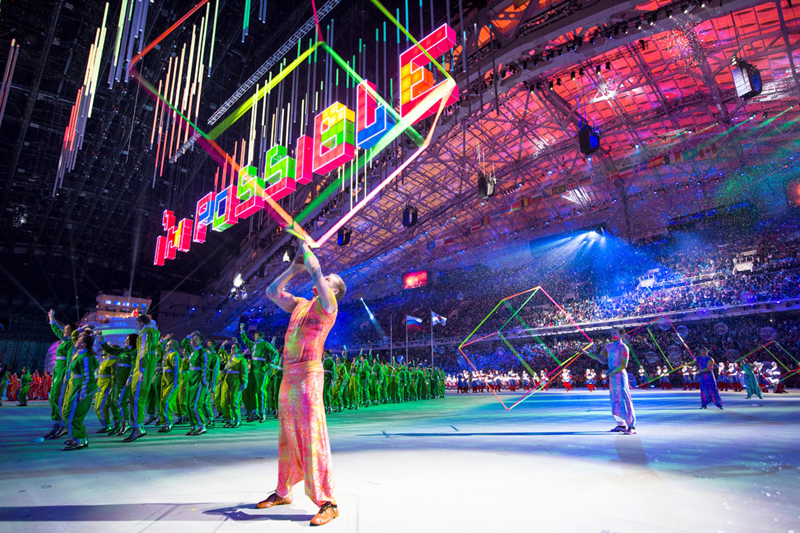 To say politics influenced our work in Sochi would be a massive understatement, the fear of failure on the faces of those given responsibility by Mr Putin to showcase his country showed little of the normal currencies of Olympic events, passion, love and of course money; we certainly spent more time ensuring there were no shadows in the VIP box across any VIP faces than we did on any of the other massive segments of the ceremony itself.

The enormous LED Forest was originally solely for the Paralympics but because the Russian Olympic Committee had paid for it, it was placed into the Olympic closing ceremony at the eleventh hour. 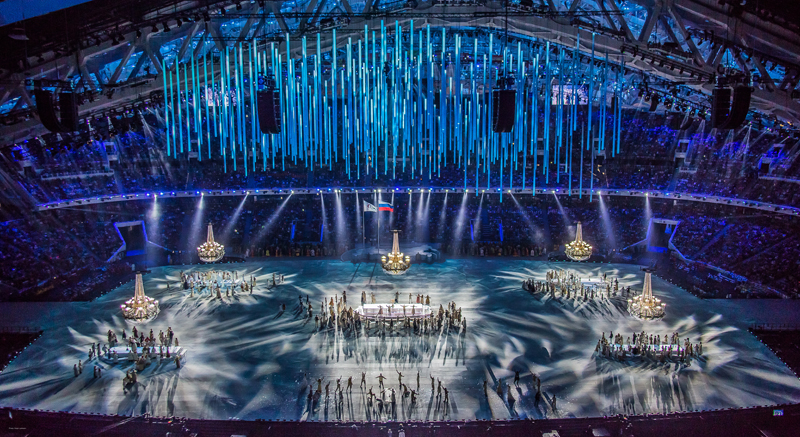 Much to the chagrin of those building it who had two weeks lopped off their build time and also to Al Gurdon, as this massive array obstructed a good number of lights, including those he had rigged for the precious VIP balcony. 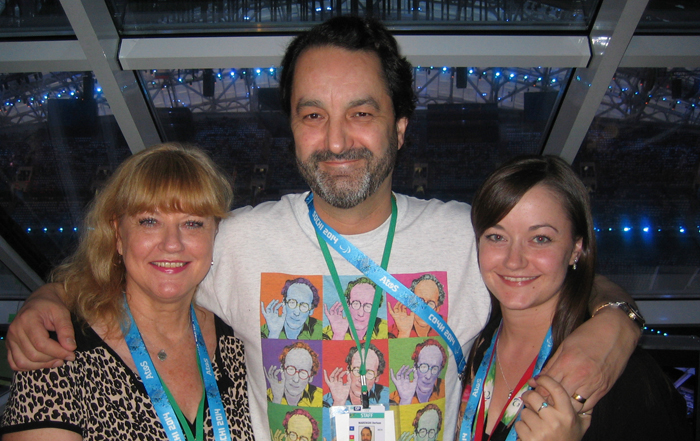 My wife Jennie acts as team manager on these large events sorting out any issues with accreditation, travel accommodation and our welfare and on this occasion our daughter Helen joined us working for Stefi on video content management.

When I first arrive on site it is my custom to orientate myself in the stadium and try to find the quickest way to the control room which is invariably situated just above the VIP seating area, in this case Mr Putin’s private box and balcony.

Having found a lift in the part of the stadium I felt was right I pressed the top button; the lift arrived and I stepped into what was obviously a kitchen, the lift door closed behind me…

All the access doors into and hence out of the kitchen were locked and the lift refused to respond to my pressing the call button. I had yet to pick up my radio and my mobile still had my UK sim card in it which would not connect in Sochi.

So on day one of this adventure I found myself stuck in what was obviously a well equipped private dining facility which turned out to be President Putin’s private kitchen.

It also turned out to be a high security area as the only people who eventually unlocked the door to my hammering upon it where three uniformed state security guards. Arrested again!

No-one spoke any English so my defence of just being the lighting guy fell on deaf ears and I was marched downstairs to the security office to await further interrogation presumably by an English speaking officer. 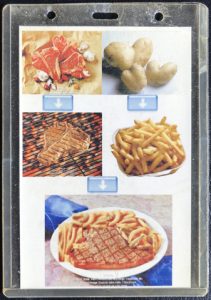 On my jobs around the world amongst my accreditation I carry a pass made for me by my friend Eneas during the Turin Winter Olympics which shows the various stages to make steak frites, this has stood me in good stead in restaurants around the globe and I was wearing it at the time of my latest arrest.

As I sat there it crossed my mind that some might not find my ‘joke’ accreditation quite as funny as I did so I surreptitiously removed it from around my neck and slipped it into my back pocket.

One of the hawk eyed guards spotted this and motioned for me to hand it over, luckily his face cracked into a smile and a plate of blinis and a small glass of Vodka appeared “Na Zdorovie!”. I was later released into general circulation once more.

The preparations for our show continued and a UV sequence of flying Russian birds was so liked by one executive that it moved around within the show seemingly depending on which bits he found boring that day. This posed a bit of a challenge for the motion control team who had other small things to fly like an inflatable Ice Breaker!

Once again common sense was cast to the wind and we did as we were instructed, after all what did we know of event creative direction.

An indicator of the times during this event was that when we arrived at our accommodation there were some luxury cruise ships moored by our dockside room to house the Olympic family of athlete’s relatives.

When we left, shortly after our Ukrainian drivers with whom we had worked in Donetsk and brought out to Sochi had run for home, the docks contained a nuclear warship flotilla.

Jennie and I were afforded accommodation inside the Olympic security compound which meant that we could take drinks in to our crew who were having even empty bottles taken off them by the security guys at the crew gates, presumably as their sisters earnt some roubles selling water inside.

On one occasion our crew were planning a party and we were asked to bring some beers in as they could not. We arranged for a driver to take us to the local supermarket and when we arrived at the hotel security gate with two trollies full of beer and wine were somewhat bemused by our greeting from the guards.

We had been using this entrance for weeks now and knew the guards by sight and we assumed that they would by now show equal recognition. “Welcome to the Olympics hotels!” they greeted us as new arrivals.

Quite what sport they thought the ‘athletes’ before them played that required no luggage for our stay but two supermarket trollies full of alcohol was anybody’s guess! 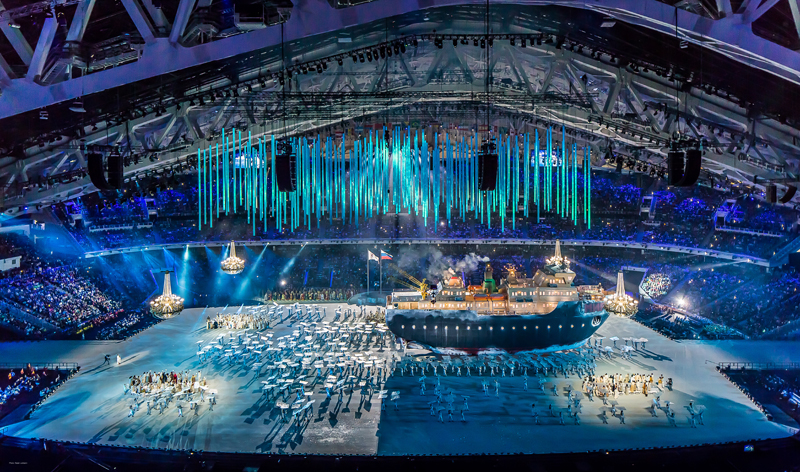 This is one of my favourite photos of the event when our giant Ice Breaker MIR sailed into view, there was some discussion as to what content should be in the field of play projectors to accompany the ships arrival and I suggested that we just used the rear projectors with no content whatsoever to act as moonlight. A little counter intuitive to the video creatives but it did work really well.

We did find some other amusing moments during our five weeks of being told ‘NYET!’ 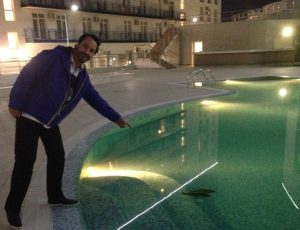 For example the five star hotel swimming pool, which of course was closed for the whole of our stay, sported two live trout.

Now as trout are freshwater fish and pools are either salt water or heavily chlorinated we can only assume that when the fish explained that they would die in such an environment and should be moved they were met with the impassive face of the pool attendant and told… ‘NYET!’

When one of the rings failed to open in the Olympics Opening ceremony we around the World saw it happen and were subsequently amazed at the humour allowed by the Russian producers when our choreographer showed the failure in the Paralympics closing ceremony as a bit of fun.

Not quite as amazed as the Russian viewing public who had not seen the initial ring failure as it was hidden by the national broadcasters who had cut to the rehearsal tape. 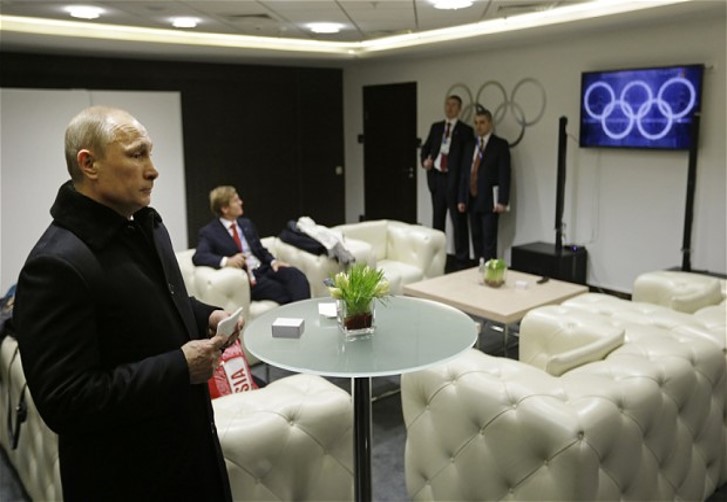 When we made the changeover from Al Gurdon’s programmers to my own one of our programmers preferred the Grand MA II platform to the desk previously used so it was installed and patched and all was going smoothly on the lighting creation front.

On the day of the show around twenty minutes before we went live to broadcast one of our Russian producers ran breathless and red faced into the lighting control room; they were all in a real panic by now but this was a little unusual.

“Where are the LED panels behind the President?”

“There are no LED panels they are just mirrors” I answered.

He promptly pulled out a tablet and showed me a screen grab from the Opening Ceremony lit by Al which showed there clearly were LEDs behind the mirrored panels and quite a few of them, Fek! 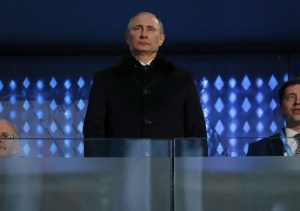 No blame attached here but it was clear that in the changeover we were blissfully unaware of their existence and our crew chief, with quite a lot on his own plate, neglected to notice their exclusion.

He handed over the missing patch sheets to Alex and whilst I physically held back the Russian from interfering and making things in the ‘lack of control room’ even worse Alex set about patching the desk; the countdown to going live ticked down.

Alex finished the patch and around one minute to go pressed ‘Enter’, the Grand MA II is a great desk but like all systems when fully loaded sometimes takes a little while to ‘think’ about what is has been asked to do, the clock ticked it’s final seconds.

The Russian producer hid his head in his quivering hands and…. the panels sprang to life behind his boss, I drew his attention to the screen, a reprieve, his relief was palpable. 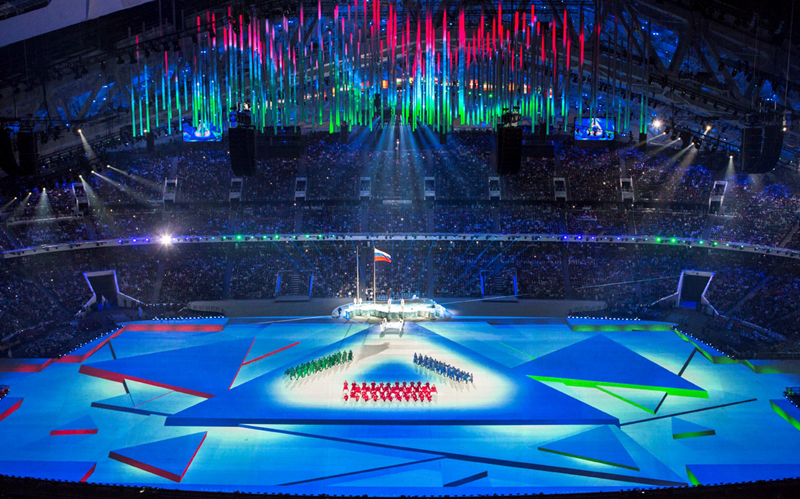 Fortunately for all concerned our ceremonies were very well received by all and this was not the first or last time that our creative team had set dangerous precedents for dangerous Presidents!