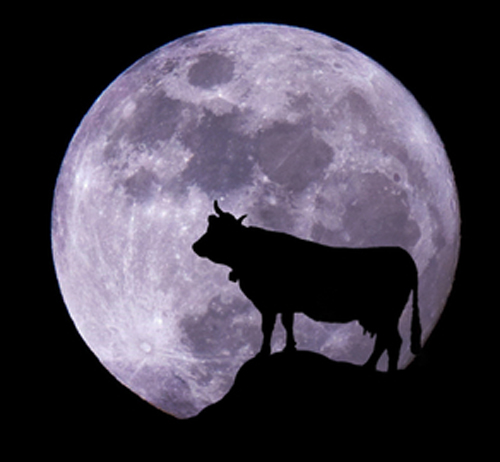 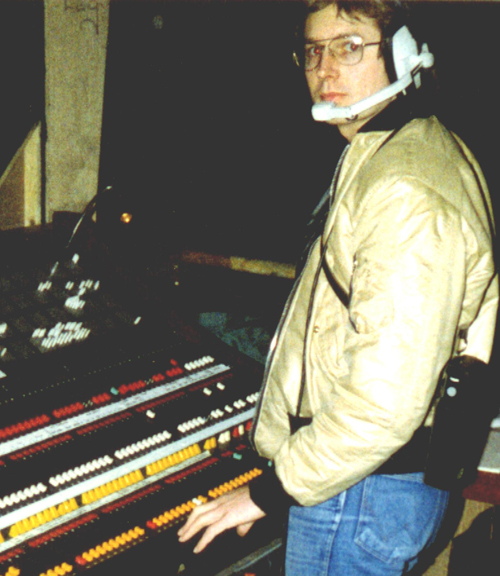 Whilst I had been at Guildford quite a few ‘name’ LDs had passed through as it was used as a proving ground by producers before risking the West End stage and one of these LDs was to become a good friend, Andy Bridge.

And so it was that at Christmas I was called to the Stage Door and lo and behold there stood Andy with a Patt 252 projector and a snow disk. He was working for a trade show company across the street in Maiden Lane and wanted to project snow onto their office facade for Christmas from our roof. This was the first of what is now a company tradition and that Company was IMAGINATION.

Founded by Gary Withers the company specialised in large trade events and was (and still is) one of the most respected imagineers at the time of the great multi-million pound car show and car launch period in the eighties.

These tales are from that time when I acted as Andy’s production electrician and was allowed to light the few shows that he was unable to do because of his simultaneous work in theatre. Relative to these stories at the Adelphi at that time was also another colleague and friend, a certain young Antipodean ASM Paul who went onto greater things eventually becoming MD with IMAGINATION.

As well as the car shows Gary also designed and produced a wide variety of events and I recall one particular fashion show in the early eighties for K-Shoes, at the Café Royal in London. 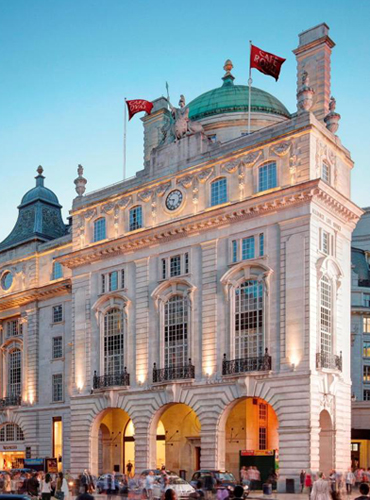 The room was set up with a stage along one wall and a horseshoe shaped cat walk which allowed the audience to sit within and to the side of the runway. There was an arched entrance at either side of the stage which led to the catwalk above which were mounted a pair of massive Londoner dry ice machines.

In the centre of the stage were three circular stage traps with four foot diameter Perspex columns, each column had a central Perspex divide and the concept was for a model to stand in the rear half of the ‘pillar’ with the front half being filled with smoke. The column then dropped into the floor and the model stepped though the lingering pillar of smoke, lovely.

Although we were not completely ready, the day before the show the client wanted to see a dress rehearsal before he had to leave for the day. The two drawbridge sections of the catwalk that allowed the audience to access the central seating area were dropped into place and the crew took up their positions.

The surnames of those involved in what happened next have been omitted to protect the guilty.

In a blackout the three central models took up their positions and their Perspex pillars were lifted into place around them, the two remaining models stood behind the portals ready to step through the dry ice curtains. The music started and the first lighting cue was run by Andy from his desk. 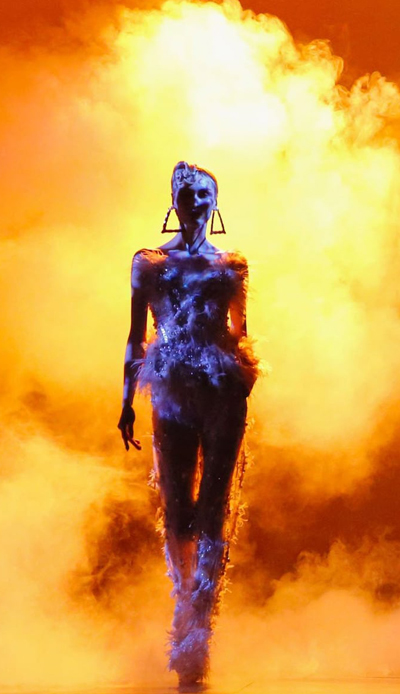 Above the model on the stage right doorway our dry ice op Jack had dispensed with the cage that lowered the dry ice slowly into the hot water and just emptied his bag of ice straight into the machine. The resulting explosion produced a massive cloud through which ran a soaked and screaming model who fortunately had not been injured by the hot water which had cooled instantly under this frozen assault, she of course did not know that.

In the centre columns it transpired that the smoke tech had misunderstood which section of the pillar he was supposed to plumb in his smoke and had filled the rear space in which stood the models. Fearing suffocation they had desperately fought to get out thus preventing the Perspex pillars from dropping more than half way; still at least they could now breathe.

Our production manager at the time Simon reminds me that the other dry ice operator, who had never operated a Londoner before, also took Jack’s advice to dispense with the cage and ended up engulfed and needing to be extricated from backstage to avoid suffocation.

Our final model, so far unaffected by the unfolding disaster, looked across at the carnage and stepped onto the stage left catwalk drawbridge. Our carpenter was apparently yet to install the bracing that supported the ledge on which the drawbridge sat; this promptly collapsed dumping model number five unceremoniously on her butt.

“Right” said Gary “I think we had better re-set and try that again”, this time all went to plan and the cage was deployed correctly in the Londoner and the smoke re-plumbed, thankyou Jack!

IMAGINATION’s main vehicle manufacturer client around the World was FORD and some of the shows created at that time were absolutely the pinnacle of creativity in how to launch cars, trucks and even single engines.

One of the venues frequently used for these events was Castle Ashby and on this occasion in 1982 a few hundred guests were to take dinner in a banqueting hall inside this impressive country house. 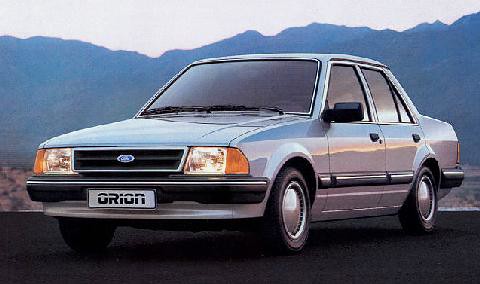 The occasion was to mark the launch of the Ford Orion and unbeknownst to the guests the massive ball room they were dining in was not part of the main house but a temporary extension built at the back.

At the climax of the evening’s festivities one whole wall of the room flew out to reveal a circular screen, the cars and gardens and a firework display above them, typical Withers panache!

I had spent the day laying out ET1500w linear floods to light the tree line as a backdrop to the display and the local farmer had been asked to keep his cows out of this particular field. For some reason he did not, or the cows decided they wanted to watch the show? We will never know. 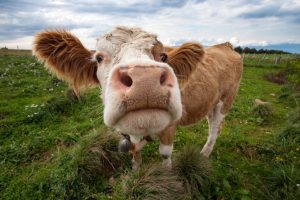 Now we are all familiar with the term ‘moving light’ but as the fireworks display unfolded in the background on the Earthly plane below the rather heavy 1500w floods appeared to fly across the hedgerow until they all winked out one by one. What the..!

We discovered that the inquisitive cows had entered the field and had been sniffing the steaming lights around them which in some cases had become welded to their snouts. A combination of discomfort and the fireworks exploding above them had stampeded the cattle and when the cable pulled tight the lights of course went out; true ‘moo-ving’ lights!

IMAGINATION subsequently received a bill from the disgruntled farmer for the loss of milk yield.

My final tale is of a show that I lit for IMAGINATION to mark the launch of a brand new diesel engine for Ford at the NEC in Birmingham; I think Andy was actually lighting Phantom of the Opera at the time.

Now a car or truck is a reasonably sized object to launch in front of a couple of thousand dealers, an engine not so much. We were used to doing these massive launches at the NEC and sometimes our clients were not used to taking centre stage.

I recall that I was operating one of these events and the Executive at the lectern was constantly complaining about the brightness of the lights in his eyes. It was beginning to get so dark on him that the cameras were struggling so at the break I found him and offered an explanation which went something like this. 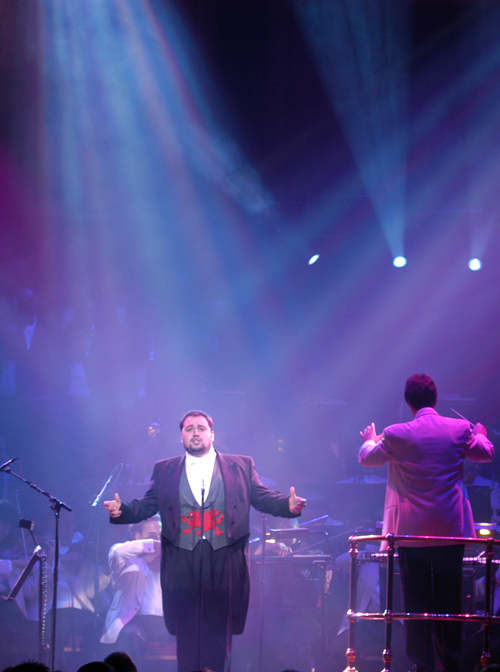 “Hi my name is Durham and I am the lighting director for your event. Now I am sure that you are probably a great lover of Opera (what kind of mighty Exec would deny that?) and at those Operas you will have seen that the lead artist holds captive the audience’s attention as he or she is brightly lit by a followspot or some such so that this most important artist stands out from the crowd.”

“What we are doing here is much the same thing, we want all those dealers to focus on nothing other than you during your presentation, that is why the lights appear so bright.”

That afternoon there was to be a dress rehearsal and, as it was to be timed to the second to allow the caterers to schedule that night’s dinner effectively, we were told not to stop for any reason unless there was a major failure.

Halfway through the Executive’s speech it was all going very well, until he put up his hand to stop the proceedings. “I need to speak to the lighting man”. Not again I thought, perhaps my attempt at explanation had not worked after all.

Now in these situations on the technical gallery where the operators sit, if one department cocks up you can physically feel your peers moving away from you leaving you to take the rap alone, relieved that it is not them being singled out; it’s a strange but true phenomenon.

Everyone inched away from me and Gary turned round to stare at me from his seat in the bleachers. “Durham! Am I well enough lit?” enquired our client.

“Yes Sir!” I called to a collective sigh of relief, the rehearsal moved on and the subsequent show was a great success with a well lit client on the big screen, and the food was delicious.

So back to the diesel engine, how were we to make this object look larger than life for an impressive reveal in a large Arena environment? The set designer and I came up with a concept whereby the engine would sit on a sort of inverted wedding cake which would rise up from the floor.

Beneath each of the cake’s tiers we would rig pin spots ranging from Birdies (M16 50w mini pars named by Andy Bridge as a ‘Birdie’, one under Par!), then Par 48, Par 56 and on the outer rim Par 64 ACLs.

The beams would be made visible and dramatised by smoke, our ‘cake’ would rise out of dry ice and haze would complete the atmospherics for our reveal. This WYSIWYG render shows the concept. 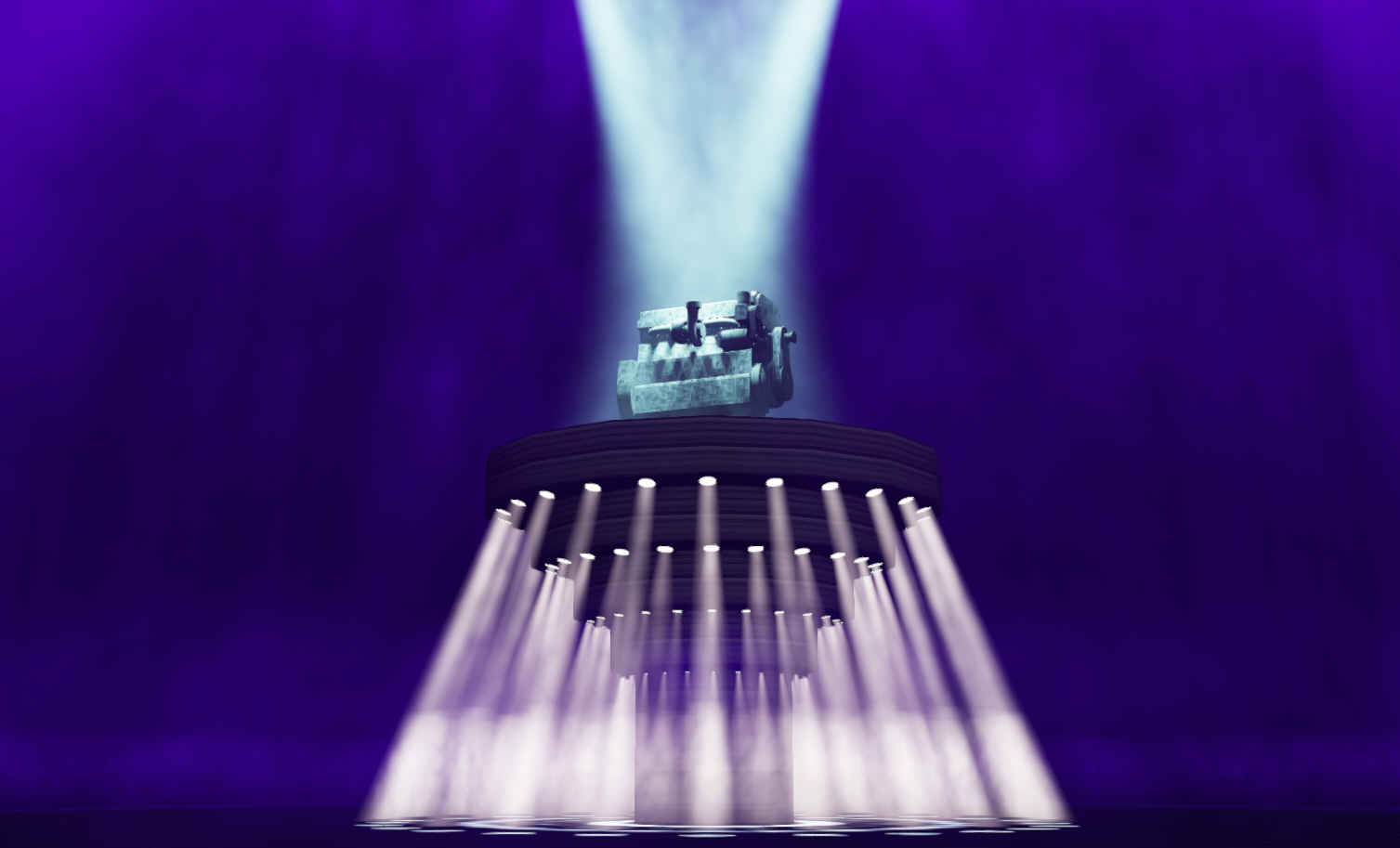 The show was rigged, the mechanics were built and we sat down with our client to show him our dramatic reveal of his new engine. The house lights went down, the music began and our special effects started up to provide our ‘atmosphere’.

Moments later the first ring of lights came on followed by it’s concentric brothers as the engine rose majestically into view. The ‘cake’ reached it’s full height and the engine stood proud in all it’s glory; the music climaxed and we turned to our client.

“What the F##K have you done! We have spent ten years designing and engineering a diesel engine with the lowest possible emission level and you have made it look like the f###ing World is on fire!”

Whoops, we had not seen that one coming!

We put all the special effects back in the truck and the set designer came up with the idea of applying gauze skirts to each tier which actually worked really well with not a wisp of emission in sight during the reveal; again visualised here as I remember it in WYSIWYG. 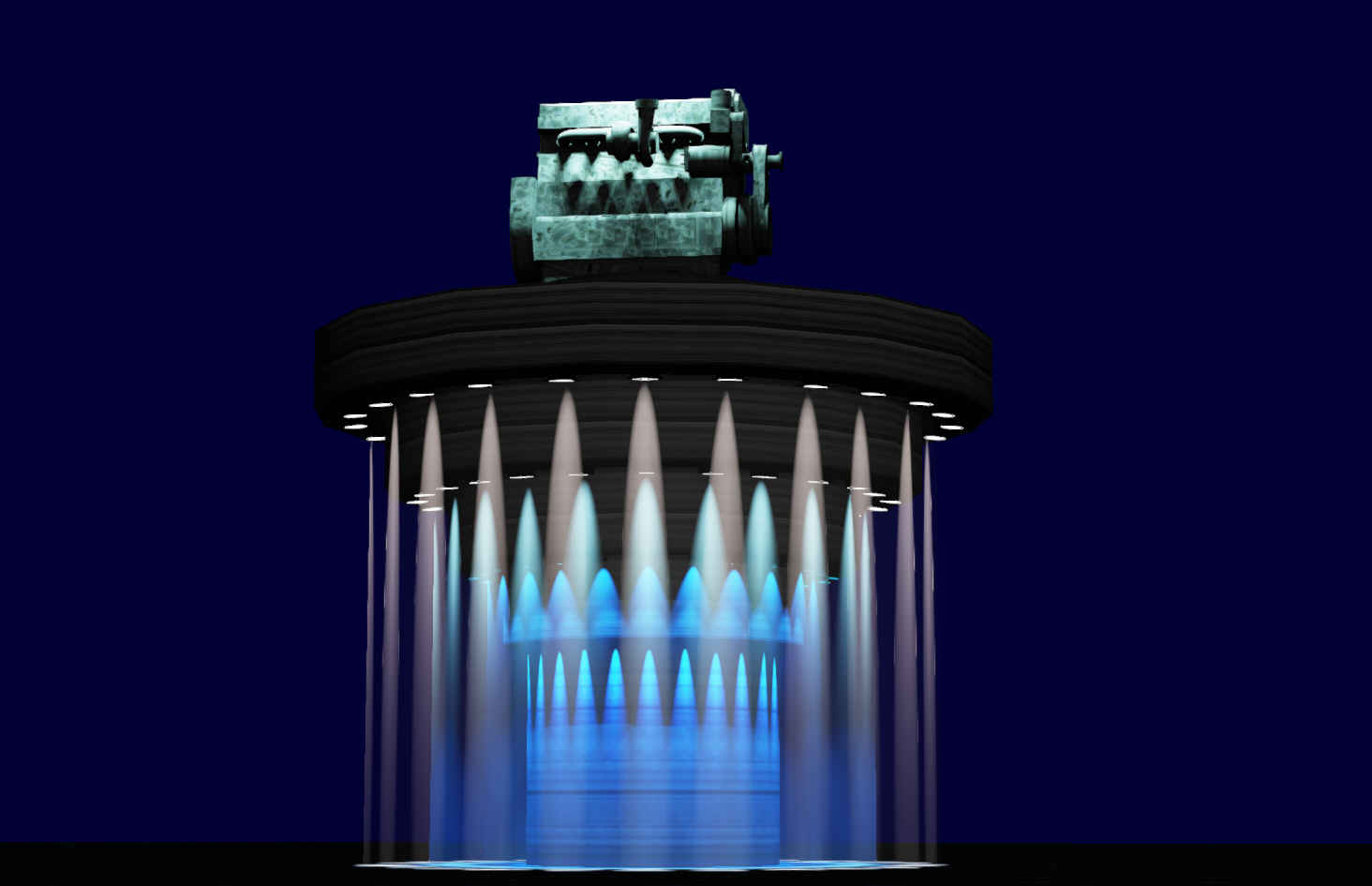 A reminder that this was nearly forty years ago and we were all still learning our trade but there was no doubt that our innocent use of our usual arsenal of theatrical effects was a little out of line from the manufacturer’s perspective!