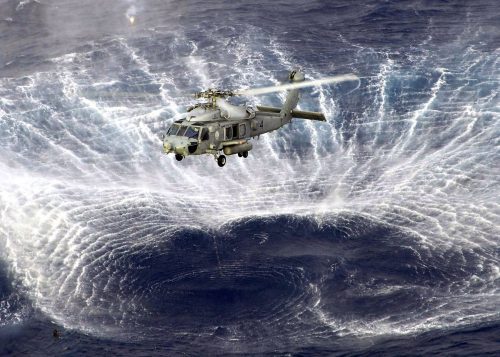 In the early eighties I left my role as deputy chief LX at the Adelphi Theatre to pursue a freelance career. Whilst working in the West End I had lit quite a few national theatre tours in the main for Bill Kenwright and some West End shows for Barry Humphries and Wayne Sleep.

I decided that if I wanted to have any chance of making it to the big shows and events as an LD I was going to need experience and contacts. So I set out to work as a rigger and production LX for established LDs such as Andy Bridge, the late great Robert Ornbo and, the subject of this story, Spike Gaden who sadly passed away in 2011. 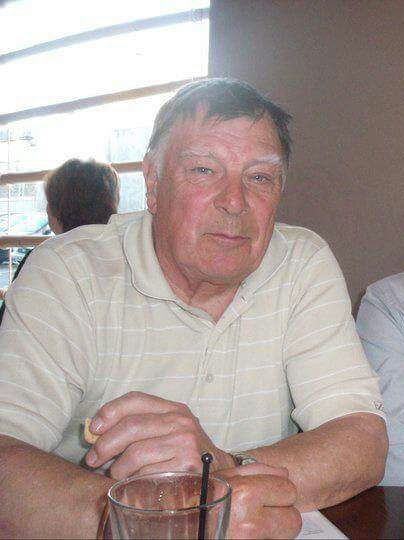 Spike (shown here later in his life) was a prolific lighting designer in the theatre and he also had interesting contacts in the worlds of trade events and fashion shows. The first time I worked with Spike was on a fashion show at the Savoy Hotel. I remember this event mostly because of the behaviour of one of our carpenters at the dinner for cast and crew.

Our ‘chippy’ was out to impress the models sat around him by taking charge of the wine list, he had already tasted and sent back three bottles in a particularly obnoxious manner when the waiters deferred to the Savoy’s Maitre D.

“Good evening Sir, I believe that we are having a little indecision in regard to the wine choice this evening would Sir please allow me to offer some guidance?” The chippy nodded and his nemesis continued.

“This is a bottle of Beaujolais Nouveau, it is a red wine made from Gamay grapes produced in the Beaujolais region of France and is the most popular vin de primeur, fermented for just a few weeks before being released for sale on the third Thursday of November which was just last week….and it won’t F**k up the taste of your cheeseburger!”

Suitably chastised the chippy tasted the wine and nodded in satisfaction and we thought that was the end of the repartee; the girls were not impressed. The next morning however saw the same chippy complaining to the waitress at breakfast that the Savoy had no HP sauce.

The Maitre D once more hoved into view “Good morning Sir what an absolute pleasure to see you again, now I believe there is some issue with your request for a specific condiment?”

“I like to have HP sauce with my full English is all.”

“Well sorry to disappoint such a valued guest but we do not carry that particular sauce, however if you could tell me the recipe I’m sure that the chef could knock some up?”

A perfect example of why not to tangle with a top Maitre D and when we checked out the front desk staff presented our chippy with a bottle of HP, which the bell boy had been sent out to buy, as a memento of his visit! Priceless.

The next week saw us driving out to a country house which had been rented for two days by the managing directors of a car transporter firm which will remain nameless once again to protect the guilty. 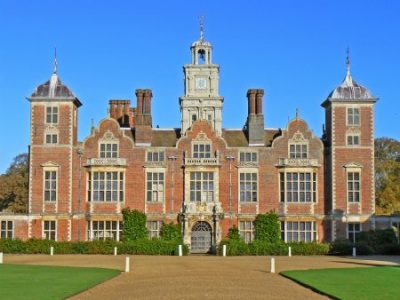 Spike explained that the company wanted to reveal their new livery to their drivers and have a bit of a ‘piss up’ whilst they were about it.

The idea was for the transporter to drive up the main driveway to the house and pull up in front of the party goers, the drive up would be accompanied by an overflight of a helicopter that would be flown by a friend of the MD and fireworks would then be let off to celebrate the new livery.

If you imagine the courtyard as the face of a clock with 12 o’clock being the gates to the driveway and 6 o’clock being the stately home Spike planned to erect four Par 64 six lamp bars on top of a 20’ high steel scaffold pole at 2, 4, 8 and 10 o’clock to light the transporter. The helicopter was to use it’s on board searchlight as an effect to precede the transporter’s appearance.

As the lighting rental company did not have stakes to drive into the ground to anchor the three steel cables that would keep the light poles upright Spike had bought his own, well, ‘spikes’. 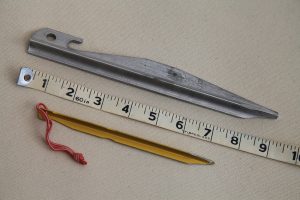 These spikes did not look man enough to me (should have been the top one, the one’s Spike brought were more akin to the bottom one), especially as we could only drive them halfway into the December permafrost. But the poles stayed upright and there was not much wind so we ran the cables and focused them from the top of a large crate lifted into the air by a local tractor’s forklift. So far so good.

The client had decided to ignore Spike’s advice to book an extra day at the privately owned stately home to enable us to have time for a Dress Rehearsal. “What is the point of doing it all twice…and the first time with no-one watching it for Christ’s sake!” was their hard-held opinion, shame that.

The sun set, the helicopter was hovering just out of ear shot ready to herald the arrival of the transporter which had been driven in to its starting position once our guests had arrived. The fireworks were primed and cue one set up on the lighting desk which was to illuminate the rig as it arrived all shiny in its new livery. Spike picked up the radio and transmitted to the pilot of the chopper “Pilot Go!”

Most pilots are aware of the danger of wingtip vortices from heavy fixed-wing aircraft and they understand the wisdom of avoiding the mini-tornadoes that flow invisibly outward and down. Intuitively we all can easily imagine that a helicopter’s rotor wash stirs up the air in the immediate vicinity — picture a turbine-powered ceiling fan. But how close is too close, when it comes to helicopter take-offs, landings or flying slowly and low above an English country house driveway?

The Aeronautical Information Manual (AIM) has some guidelines for reference, for example to avoid adverse effects you should give a Bell 407 at least 105 feet of clearance (35-foot rotor diameter); and a Sikorsky S76 (similar to our pilot’s model) at least 132 feet (44-foot rotor diameter). Think about half a football field (150 feet) and you should have plenty of buffer.

Our private helicopter pilot had not read this document recently, if at all, that was for damn sure! 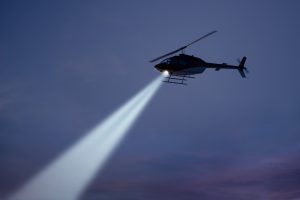 The first thing our audience saw was the helicopter searchlight moving down the drive at a height of around thirty feet followed by the full array of headlights mounted on the transporter cab, as the convoy approached the effect of the downwash came into force.

The first light ‘tower’ to go was the 2 o’clock position which fell forward as the helicopter roared above it and the spikes ripped out. The tower fell across the road right in front of the transporter who’s driver hit the brakes and jack-knifed his vehicle across the drive and into the verges either side bringing the ‘reveal’ to a rather abrupt halt.

Moments later the tower at 10 o’clock suffered a similar fate but fell the other way right into the fireworks control concealed behind an adjacent bush, I seem to remember the operator was actually knocked out but whether that is true or not there were certainly not going to be any fireworks fired that night. 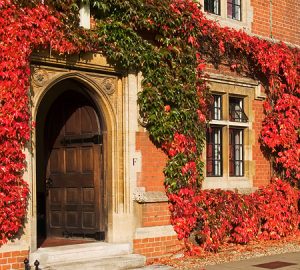 As the culprit flew above us the coup de grace was administered and the tower at 4 o’clock fell back wards into the façade of the country house ripping off a twenty foot swathe of decorative ivy as it went down.

The final tower stood intact illuminating the slaughter wreaked in front of us, Spike pulled the fader down on the evening’s entertainment and we all went to the bar telling ‘spike size’ jokes.

The next morning the furious owner of the country pile drove into view, the verges looked as though they had been ploughed by a drunk and I was up a ladder at the portal of his residence trying to gaffa tape the ivy back onto the stonework. “What the hell happened here?” he shouted at me.

“I think the directors are inside in the room set out as a bar and can explain” I answered rather sheepishly, and apparently they were….still pissed, and having a beer fight. The owner chased them out of his home and we made a hasty exit in our truck, crushed par cans, tiddly spikes and all.

That was the last event ever allowed on the property and I never did get to meet the helicopter pilot with the bad case of wind.

Spike Gaden was in the RAF and started his lighting design career at the Chichester Festival Theatre, he lit numerous shows in the West End including ‘Deathtrap’ at the Garrick and ‘Noises Off’ at the Savoy Theatre. He had a wicked sense of humour and had he still have been alive I know would have enjoyed this tale of Spike’s spike.

As there are no photos of these places and events all the images in this story are indicative rather than actual records, it is not the same house, same helicopter, etc.

It might be difficult to believe from this digest of stories but not everything we did was a complete disaster! However having said that there are plenty more that were, more next week. Isolate but communicate, stay creative, stay safe.

This from friend and colleague conductor Anthony Inglis, the London Concert Orchestra and Tenor Wynne Evans.