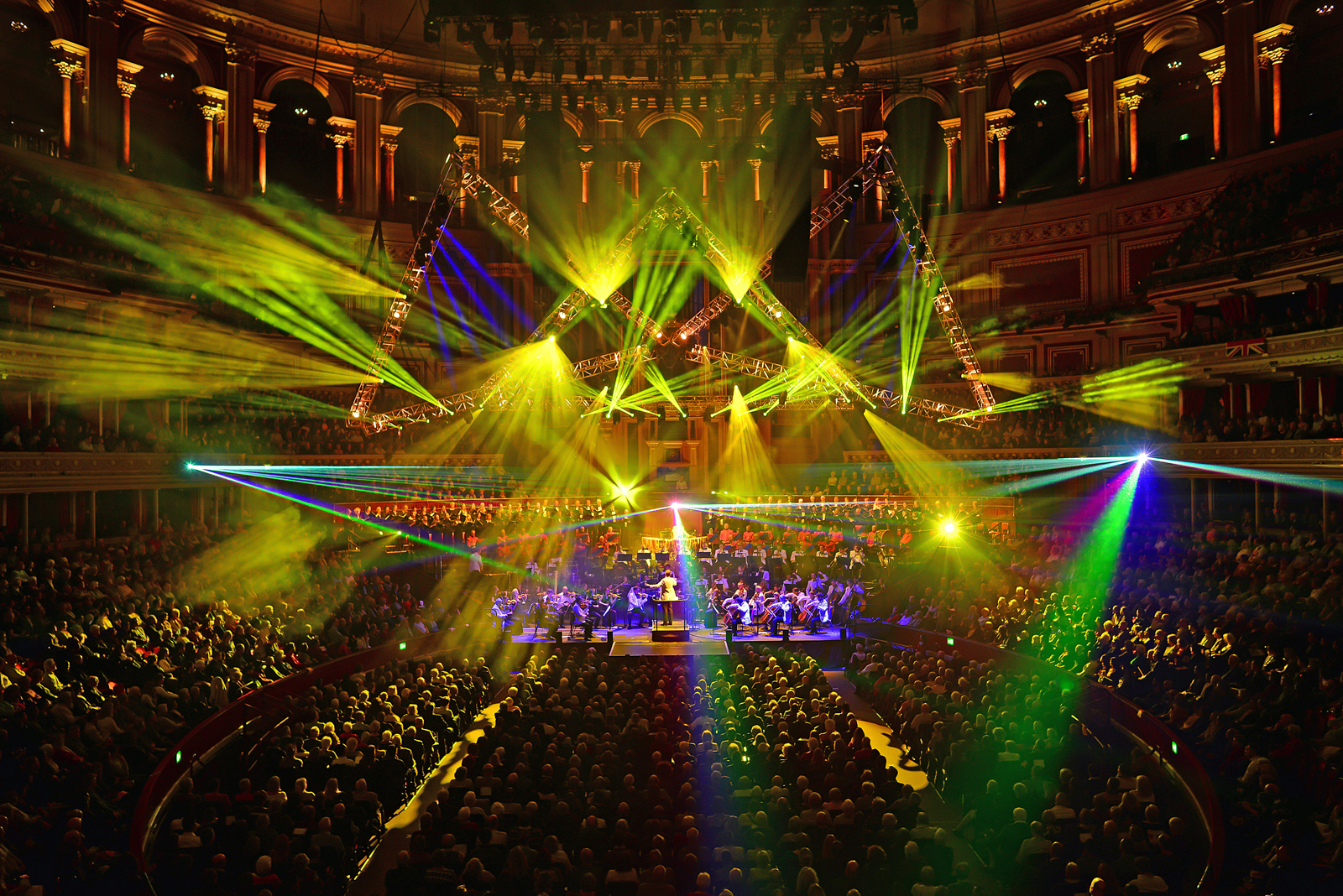 For thirty years, Durham Marenghi has been lighting Raymond Gubbay’s Classical Spectacular show. His designs for this production have enthralled audiences at the Royal Albert Hall for decades as he describes, “Classical Spectacular has developed from an all Parcan rig which I initially operated on a Celco Gold in 1989 to the addition of Vari~lites on an Artisan desk. I believe that we had the first Vari~lite fixtures outside of Rock ‘n’ Roll from the VL1 upwards, through the LSD Icon control and fixtures and then on to a full automated system controlled by a grandMA from MA Lighting. Over the years we have created a massive library of musical pieces with many different rigs and presently the grandMA2 has converted a lot of this data into the current repertoire.”

“Since those years of the Par64, my fixture choices have obviously moved on a little!  These days it is a mainly Claypaky rig that creates what I am looking for.  The Scenius range benefits from the CRI of a remarkable OSRAM lamp which has a fantastic range across the spectrum and allows me to use saturated primary colours on the colour wheel, even with a star field gobo the effect is still visible.  The Scenius Unico allows me to create some almost laser like lines using the shutter blades and the great optics while the Scenius Spot model gives me a wide range of the gobo options to keep each of the twenty odd musical pieces looking different especially with that superb range and depth of colour choices.”

The unique space that is the RAH throws up all sorts of challenges for a lighting designer but few are more familiar with the idiosyncrasies of the hall than Marenghi.  “It appears as a very intimate show space but in fact the throw distances involved are substantial.  The Scenius and Mythos handle these kinds of throws with ease and in fact for some audience effects we have to dial them down quite a lot.”

The trusty Parcan has almost been consigned to the history books but there are two on the rig focussed on the conductor and on standby should the unthinkable happen, lighting control has moved on apace as Marenghi reflects: “Back in the day we used to rent an arena at Londons Docklands to create a show which had its first performance on the evening of the get-in day at the RAH. This had a significant cost in terms of venue, equipment and crew and with the appearance of WYSIWYG from CAST lighting we moved into the virtual world.”

Today the entire show is currently programmed by Ryan Hopkins and Pedro Marcé Socias in WYSIWYG as Marenghi explains “We make a few changes to the focuses on the morning of the show; the rig shapes are always complex and gravity has an influence on how fixtures hang in the real world as opposed to the virtual. The orchestra rehearse in the afternoon and then we open Pandora’s box in the evening!”