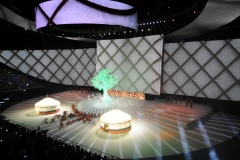 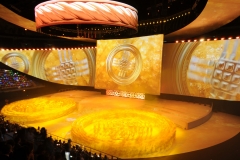 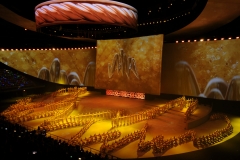 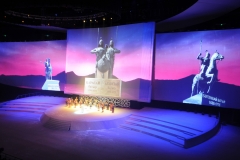 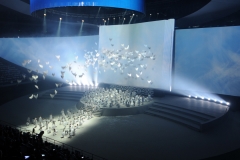 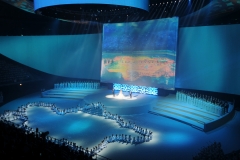 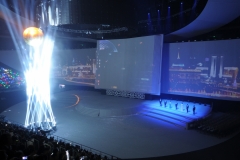 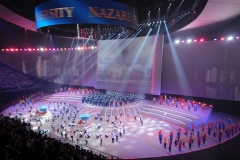 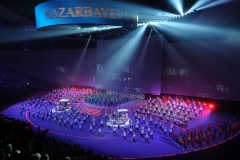 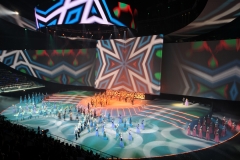 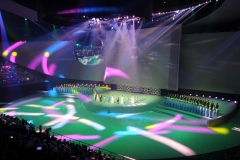 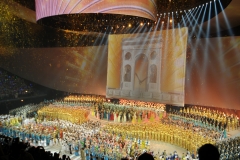 Mangelik El was the name of the 550th Anniversary celebration for the formation of the state of Kazakhstan in Astana on September 11th 2015.

The event was created by Balich Worldwide Shows in only six weeks and the venue changed from a stadium to an Ice Arena only four weeks before the show date, a remarkable feat of creative and technical production by any standards.

This outstanding ceremony took place at the newly-built Barys Ice Arena in Astana for an exclusive audience, amongst which the Presidents of fellow countries, and unraveled, for the first time, all the history of Kazakhstan, traditions and innovation, starting from the book of its President Nursulan Abishevich Nazarbayev “Tarikh Tolkynda”.

Thus a great scenic architecture was built, consisting of two large circles, representing the Sky and the Earth, in the midst stood the book narrating the history of the great steppe, where the eternal Kazakhstan thrives. The scene evokes an immense Yurta, home of the Nomads in which they gathered to tell stories and hand down their identity as a people. Besides the great book where two immense extensions, capable of transforming the whole scene in the grand eagle with spread wings, the national symbol.

Creative Director for BWS was Marco Balich, Executive Producer was Gianmaria Serra and the Artistic Director was Lida Castelli. Production Designer was Florian Boje and the Technical Manager was Patrick Ledwith.