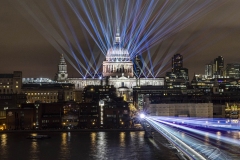 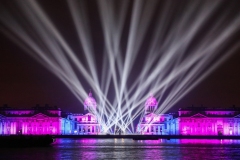 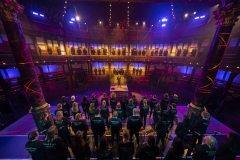 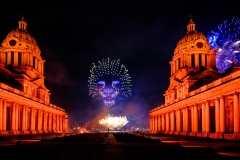 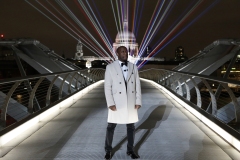 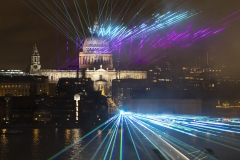 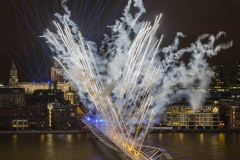 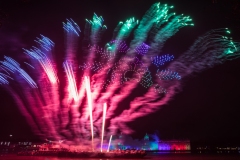 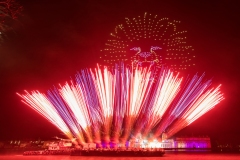 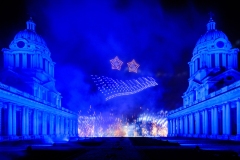 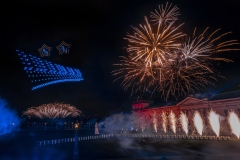 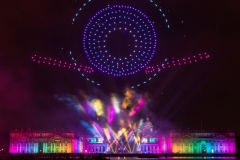 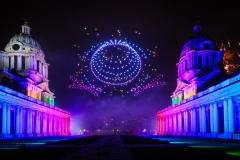 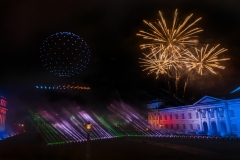 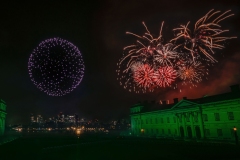 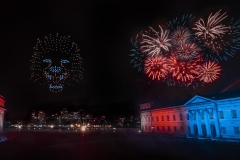 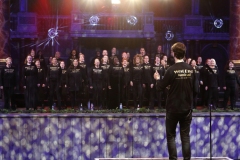 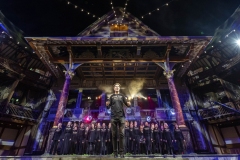 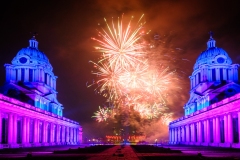 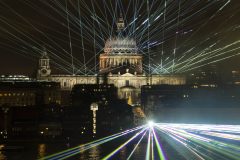 London once more welcomed in 2022 with a spectacular city-wide display, sending a message of thanks and hope to the nation and the world.  Jack Morton, the global brand experience agency, helped to develop the original concept and worked in partnership with the Mayor of London’s office and a dedicated team of experts to create an extraordinary experience for the second year running.

The 13-minute show, designed for home-viewing, was broadcast live on BBC1 and watched by a global viewing audience of millions. Jack Morton’s creative show team worked in collaboration with On the Sly for the music production, Titanium Fireworks for the pyrotechnics design, and SKYMAGIC for the swarm drone sequences.

Lighting for the event was designed by Durham Marenghi with Paul Cook as Associate LD and programmer in Central London and Pedro Marcé Socias programming at The Old Royal Naval College (ORNC). All the lighting and lasers were pre-programmed and visualised on WYSIWYG and Depence2 to give the client and the BBC a clear indication of what they could expect to see on the night as there were to be no public rehearsals.

In Central London 100 Claypaky Mythos 2 and 16 SGM P-10s were deployed to light St Pauls and a comprehensive rig at The Globe Theatre including the new IVL Photon from Minuit Une was supplied by Lights Control Rigging and managed by Rob Watson, the area was controlled by Chamsys MQ500 consoles which also ran the The Globe’s ETC network.

At the ORNC 116 Cameo Zenit LED floods and 16 SGM P-10s were supplemented by the in house LED fixtures for the ORNC domes with beam effects provided by 60 Robe MegaPointes, control on a GrandMA2 console and supplied by SLX and managed by Ben Grashoff.

Durham called on the expertise of ER lasers at Millennium Bridge and the roof of St Paul’s cathedral, co-ordinated by Mark Payne, and the Woodroffe Bassett team at The Shard to integrate the city-wide effects into a memorable light show to herald what will hopefully be a far better New Year for all.

Watch the complete BBC broadcast below.

Watch the WYSIWYG animation below created by Pedro Marcé Socias on GrandMA2, this was shown to the client as part of a story board which included lasers, fireworks and drone sequences and then became the actual show programme when connected to the real rather than the virtual World. Although the event was broadcast from several sites across London a complete light show programme was created at the ORNC as back up in case any of the other site broadcast feeds were lost or interrupted, fortunately this was not required on the night!