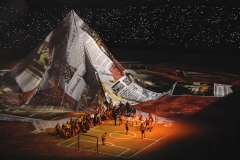 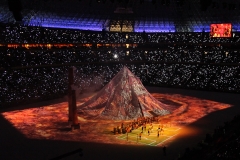 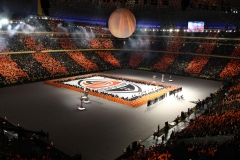 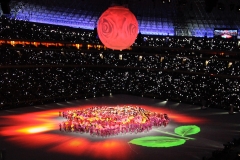 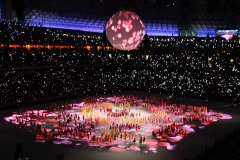 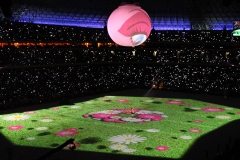 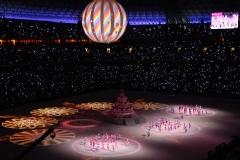 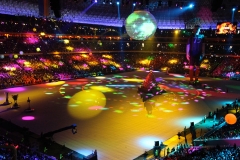 Shakhtar FC celebrated it’s 75th Anniversary at the Donbass Arena in Donetsk, Ukraine in April 2011, the show featured mass choreography, large scale video projection and a finale concert by Rihanna; the event was broadcast in HDTV around Europe.

The large scale projection was created by Patrice Bouqueniaux and Cosmo and a very delicate balance had to be found with the lighting levels to allow the video projection to work well on HDTV. The lighting was supplied by Agora under the direction of Nicola-Manuel Tallino and programmed by Alex Passmore.