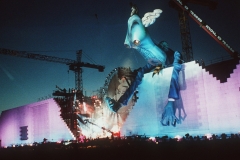 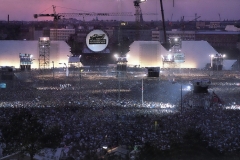 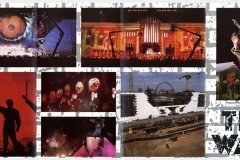 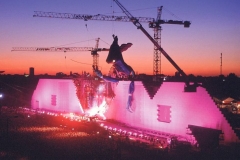 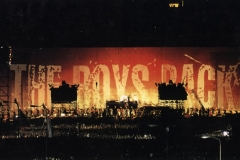 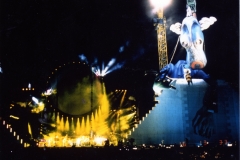 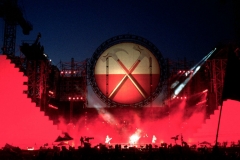 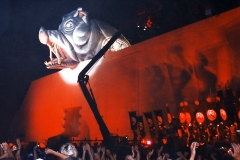 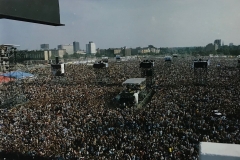 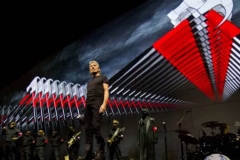 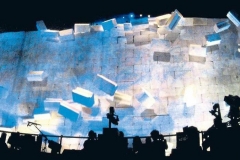 While touring with his band Pink Floyd in the late 1970s, Roger Waters suffered a breakdown that inspired the rock opera The Wall, about Pink, a delusional rock star whose personal misfortunes trigger a slide into fascism. A successful world tour followed, and a 1982 movie directed by Alan Parker grossed just over $22 million at the domestic box office, while a landmark concert was staged in Berlin after that city’s dividing wall came down in 1990.

The show had a sell-out crowd of over 350,000 people. Right before the performance started the gates were opened which enabled at least another 100,000 people to watch, this broke records for a paid-entry concert.

The concert was staged on vacant terrain between Potsdamer Platz and the Brandenburg Gate, a location that was part of the former “no man’s land” of the Berlin Wall. The production was designed by Mark Fisher and Jonathan Park.

The stage design featured a 550-foot-long (170 m) and 82-foot-high (25 m) wall. Most of the wall was built before the show and the rest was built progressively through the first part of the show. The wall was then knocked down at the end of the show.