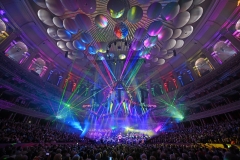 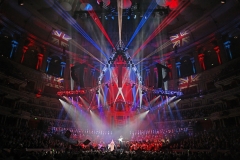 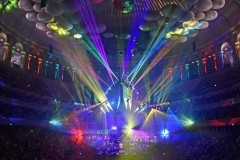 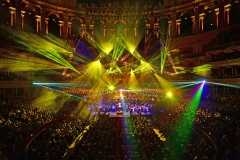 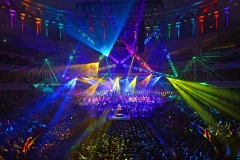 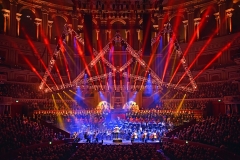 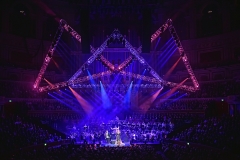 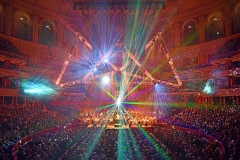 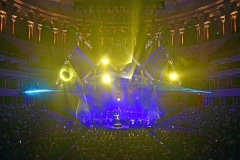 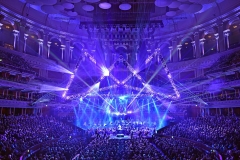 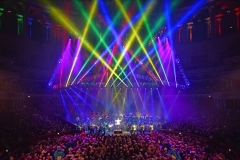 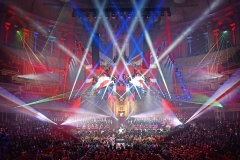 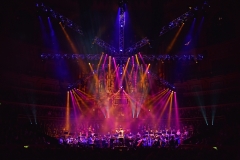 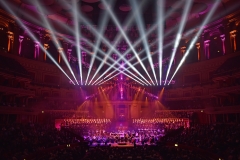 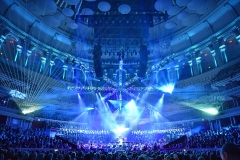 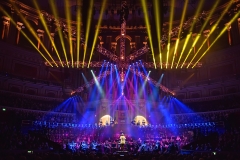 Presented at the Royal Albert Hall twice a year and in arenas worldwide by Raymond Gubbay Limited Classical Spectacular was a Son-et-Lumiere with Orchestra, Choir, Lasers, Lights and Fireworks; the show toured throughout the UK, Europe, Scandinavia and Australia. March 2019 saw the 30th Anniversary of Classical Spectacular and Durham had lit the show for all thirty of those years since November 1989! (See the article in ‘News’)

Lighting was programmed and operated by Pedro Marcé Socias in the virtual world of WYSIWYG, the lighting equipment was supplied by rental company LCR. The lasers were supplied by Definitive Lasers, the sound by RG Jones with indoor fireworks from JustFX and Production management by Chromatic Productions. 500 lighting cues were presented during each show using over 100 intelligent moving lights and a different lighting truss architecture was designed by Durham for each season.

Unfortunately due to Covid-19 changing the audience attendance of the event post pandemic the show returned for one season only in March 2022 then it was decided that Classical Spectacular would not be returning to the Royal Albert Hall, we await news on a possible return to a different venue in the UK.

Here was our lighting programme of the opening pieces from the cancelled concert when Covid-19 closed live events in March of 2020 animated in WYSIWYG by our programmer Pedro Marcé Socias.