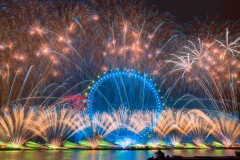 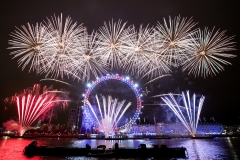 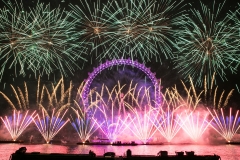 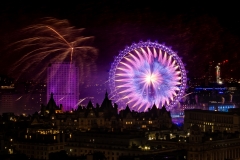 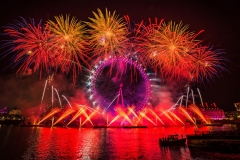 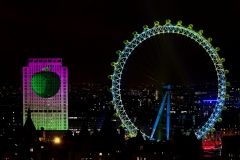 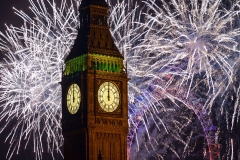 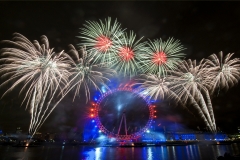 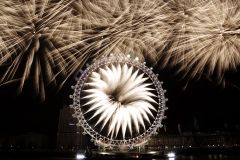 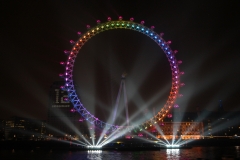 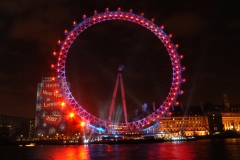 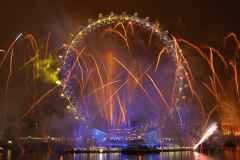 Since 2004 until 2019 on New Year’s Eve the London Eye became a focal point for London’s marking of midnight, the event was produced by Jack Morton Worldwide, in 2019/2020 the Director of Production was Jim Donald and Cat Fortune was the Show Producer. The capsules contained Martin Vipers and SGM Q7s, the Eye structure was lit with VL3500 wash lights and Claypaky Mythos 2 were deployed around the site. The spectacular firework display was originally designed by Christophe Berthonneau of GroupeF and since 2010 had been designed by Darryl Fleming for Titanium Fireworks.

Durham and lighting design associate Paul Cook created the lighting of the wheel and it’s integration into the fireworks display, the colours and dynamics of the lighting programme were precisely synchronised with those of the fireworks. The Event was broadcast live by the BBC at midnight and was featured in news reports around the world alongside the Sydney Harbour Bridge and New York Times Square celebrations, thus fulfilling the original brief to put London on the New Years Eve tourist map.