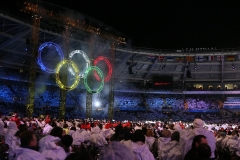 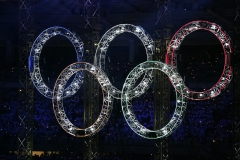 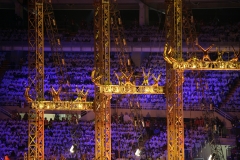 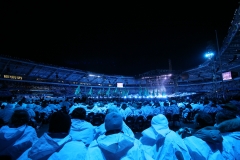 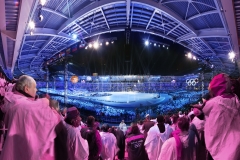 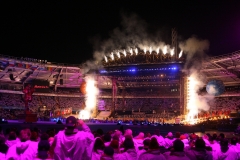 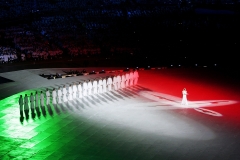 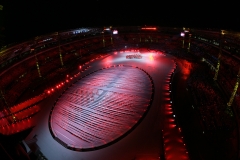 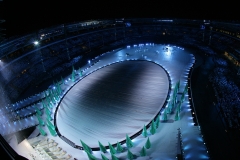 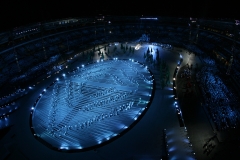 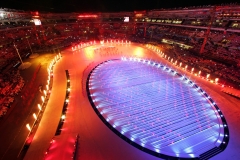 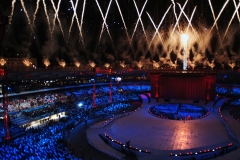 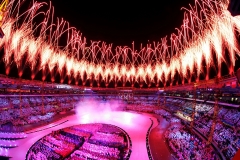 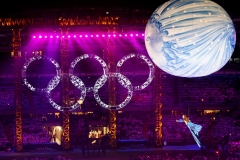 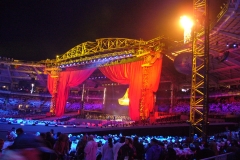 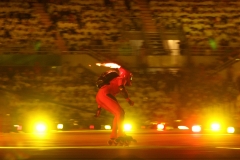 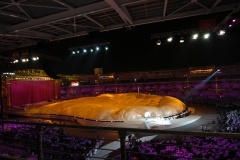 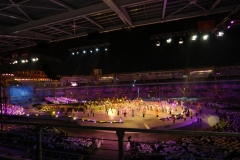 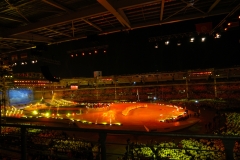 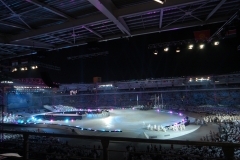 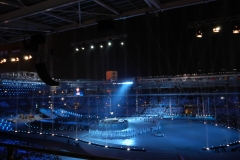 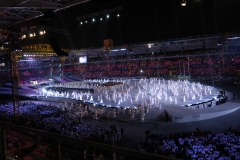 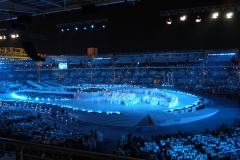 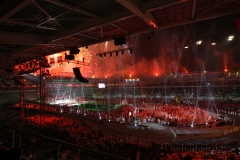 The Winter Olympics and Paralympics Opening and Closing Ceremonies took place in Turin in the Spring of 2006 and the events were watched 2 billion people worldwide on High Definition Television. The event was Produced by Italian production company Filmmaster with Marco Balich as Executive Producer, Christel Strohn as Administrative Producer and Marco Astarita as Technical Producer. The staging and set were designed by Mark Fisher and the fireworks were designed by Christophe Berthonneau of Groupe F.

Lead programmer Ross Williams said LD Durham Marenghi decided from an early stage he would use four programmers, with a console each, to bring his concept to life for the opening and closing ceremonies. This was a wise decision, given the scale of the event allowing a continuous workflow with any or all operators at one time; however it posed its own problems technically”, Williams explains. “The idea was simple – that no one console was the ‘main’ desk, rather that the rig and workload were shared in all areas across the system. Thus the blueprint for the control design was born: four consoles, each with their own tracking backup, controlling lights via 10 dimmer areas stadium-wide. Furthermore, each operator needed the ability to program the lights at floor level, plugging directly into the network at any location. Each console needed to connect to one or all of 3 WYSIWYG systems running in the lighting design sky booth.” 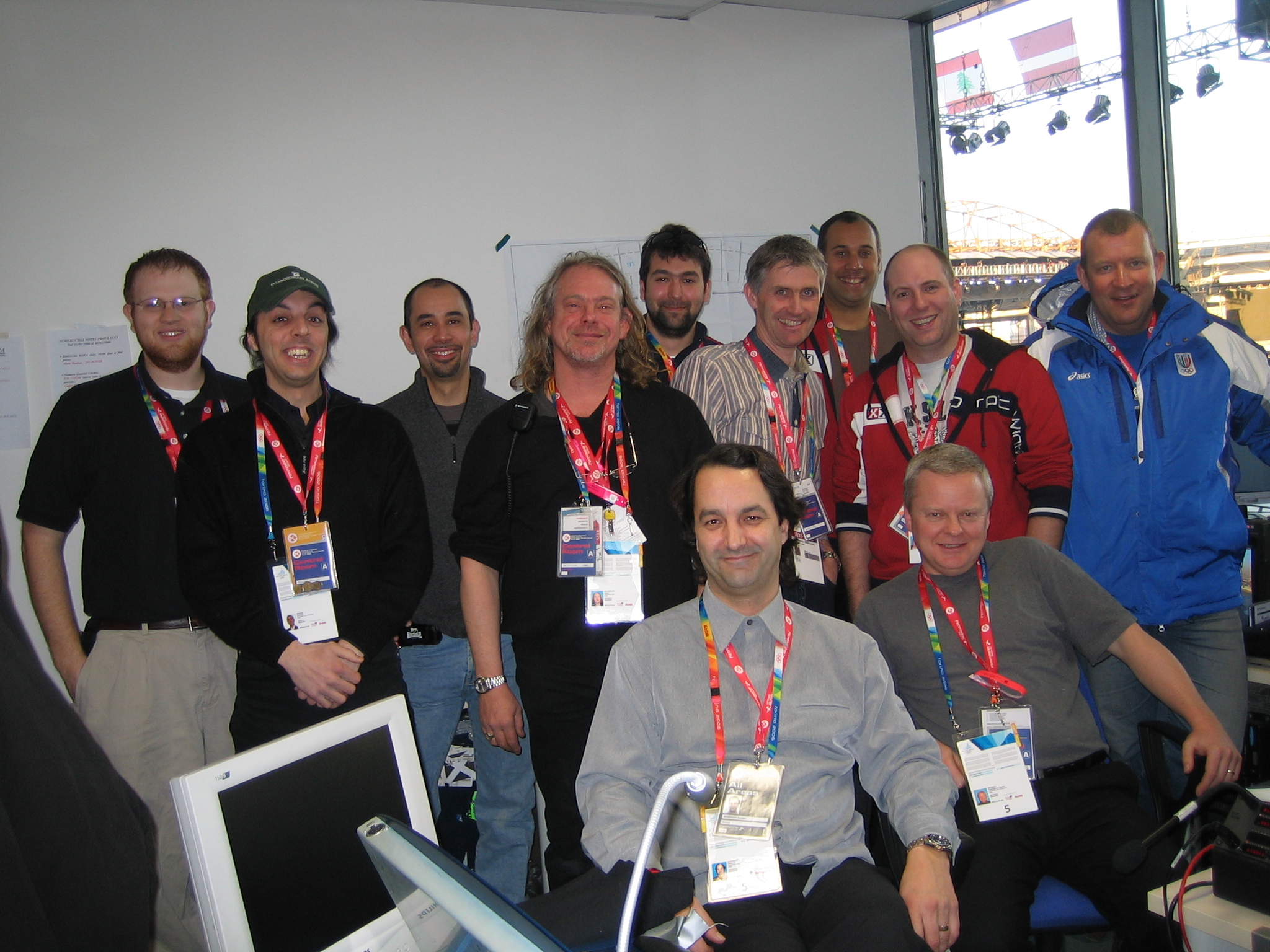 Standing from left to right